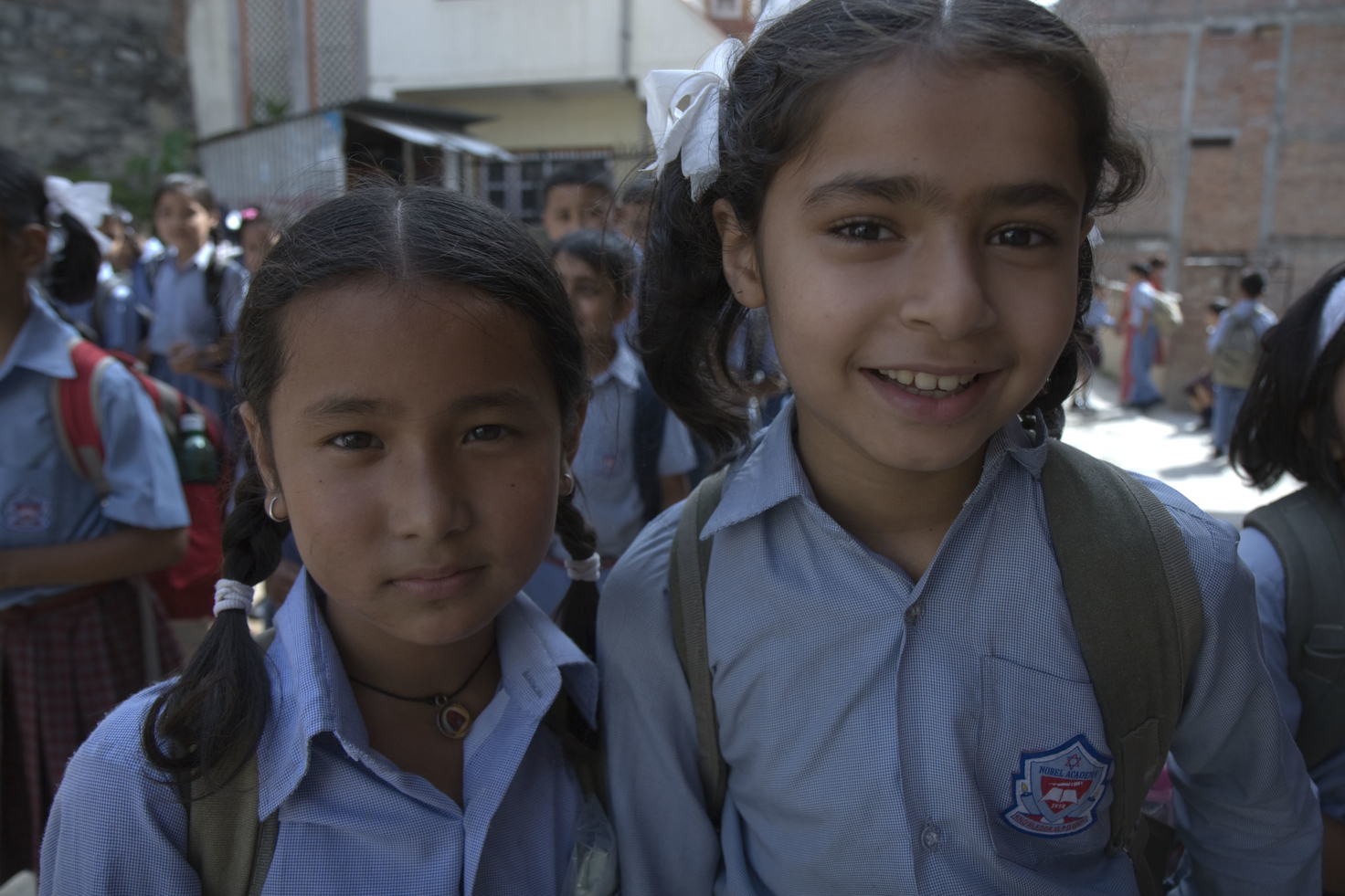 "Without the support of the Little Sisters Fund, I could be married right now" - Nikita, age 17

Each and every girl who rises above unfair circumstances to complete her education and empower herself is a major achievement.

Each one has a name.

These are just a few.

“LSF has shaped me and made me capable enough to take a stand for myself and my career and that to reach the finish line we must begin and run. LSF is the beginning that provided me an education where I learned to run.” - Chadani 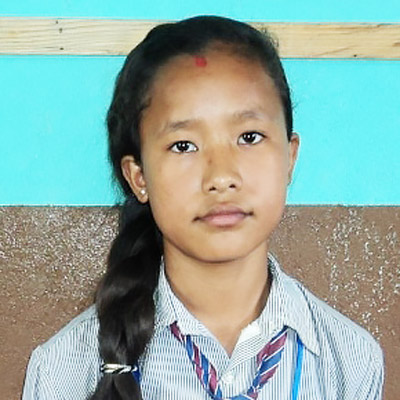 Pushpa graduated in 2009 and earned a master’s in Psychology. She played a critical role as a CM in stopping one Little Sister from being trafficked. She recounts: “I got a call from the girls’ group leader, who informed me that Salina had been absent for days. I phoned the parents, but the stepmother informed me that they had been sending Salina to school.” It turned out that a trafficking agent had been regularly enticing Salina and she was about to get on a bus that evening. Her case was discovered just in time, and since then Pushpa has been providing counseling to Salina and her parents, to make sure she stays safe. 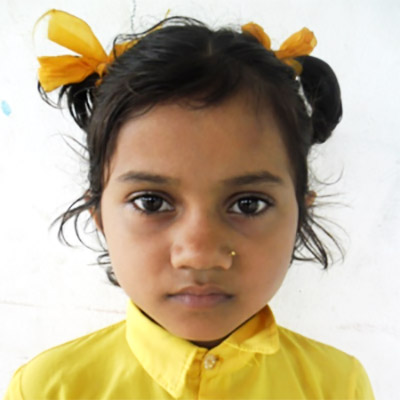 Anita is 10 years old and in grade 4. Her parents farm a small piece of land to survive. They work hard, but the output is small. Since they have no other source of income, it was difficult to keep Anita and her sister in school. Anita loves to read in her free time in the morning before school, and she also enjoys playing badminton with friends. 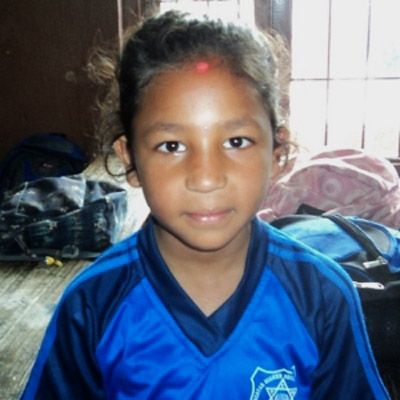 Pragya’s parents left their village and came to Kathmandu in search of work. They both are illiterate, and work has been hard to find. Pragya’s father works as laborer and her mother looks after the children.  With the support of the Little Sisters Fund, Pragya is attending school and loving it, even though math is difficult for her.  Her favorite color is pink, and her favorite foods are apples, mushrooms, rice and lentils. 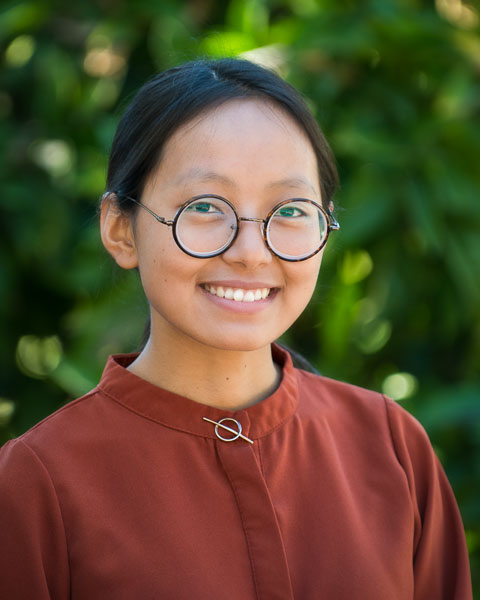 Benajil started with LSF in 4th grade and she is now studying in the US at Keene State College. She is majoring in Multimedia Journalism with double minor in Political Science and Public Relations. She works for her college newspaper, the Equinox and along with another LSF student, Puja, won “Outstanding Women of New Hampshire” in 2017 for representing the Little Sisters Fund. She also was chosen to participate in a 10 day Inside Washington Academic seminar through the KSC honors program in Washington D.C.  She says meeting new people, networking, and learning about different issues has been a great experience so far. 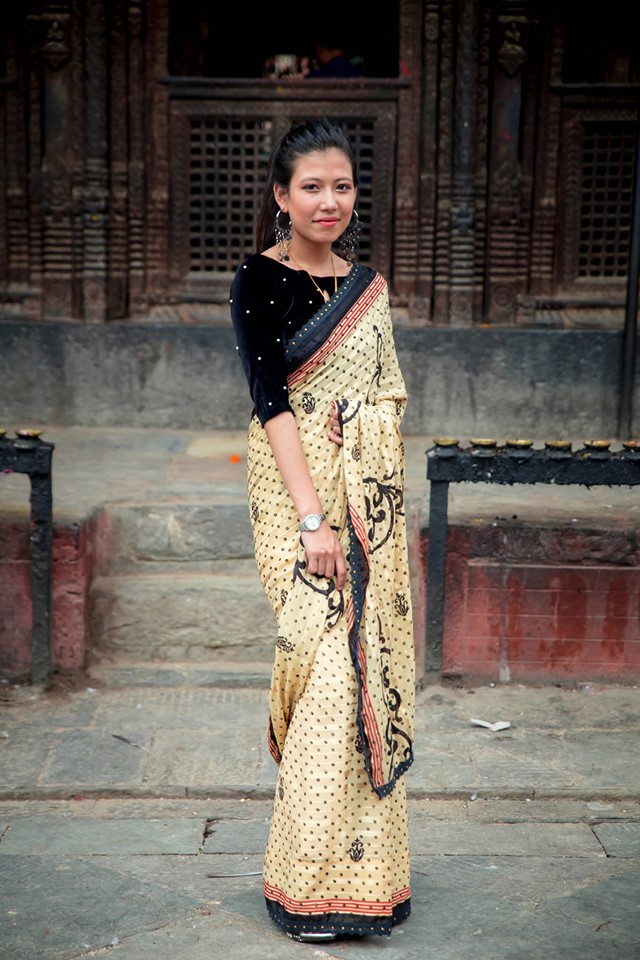 “One of my most vivid childhood memories was when I was 8 years old and my dad was deprived of his job and my mom was working really hard in two to three places at a time to fulfll our basic requirements. The situation was so bad that it was hard for my parents to manage the fnancial status of our family. During Dashain that year, the main Hindu festival, my cousin sister, who was a member of Little Sisters Fund, told us that she would inform LSF about our family condition and ask if I could join the organization. Luckily, I was called up to the LSF offce, where they handed me a bag with supplies like medicine, notebooks, pencils, color pencils, and an umbrella.” 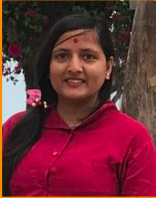 “I would like to thank LSF for bringing a vast change to my and our life. My smile shows it all the time.” – Ganga (LSF alum)
Ganga’s life did not start easy. But her mother’s valiant decision to leave her husband and stand up for herself and her daughters laid the groundwork for Ganga to grow into a strong woman. Ganga’s mother left her village for Kathmandu and worked day and night to raise her daughters, but it was not enough for their education. When Ganga was about to drop out of school due to financial problems, LSF entered her life. Ganga has now completed her Bachelor’s in Business Studies with support from LSF’s Higher Education Opportunity Fund Initiative, and she is a Coordinating Mentor for the younger Little Sisters. 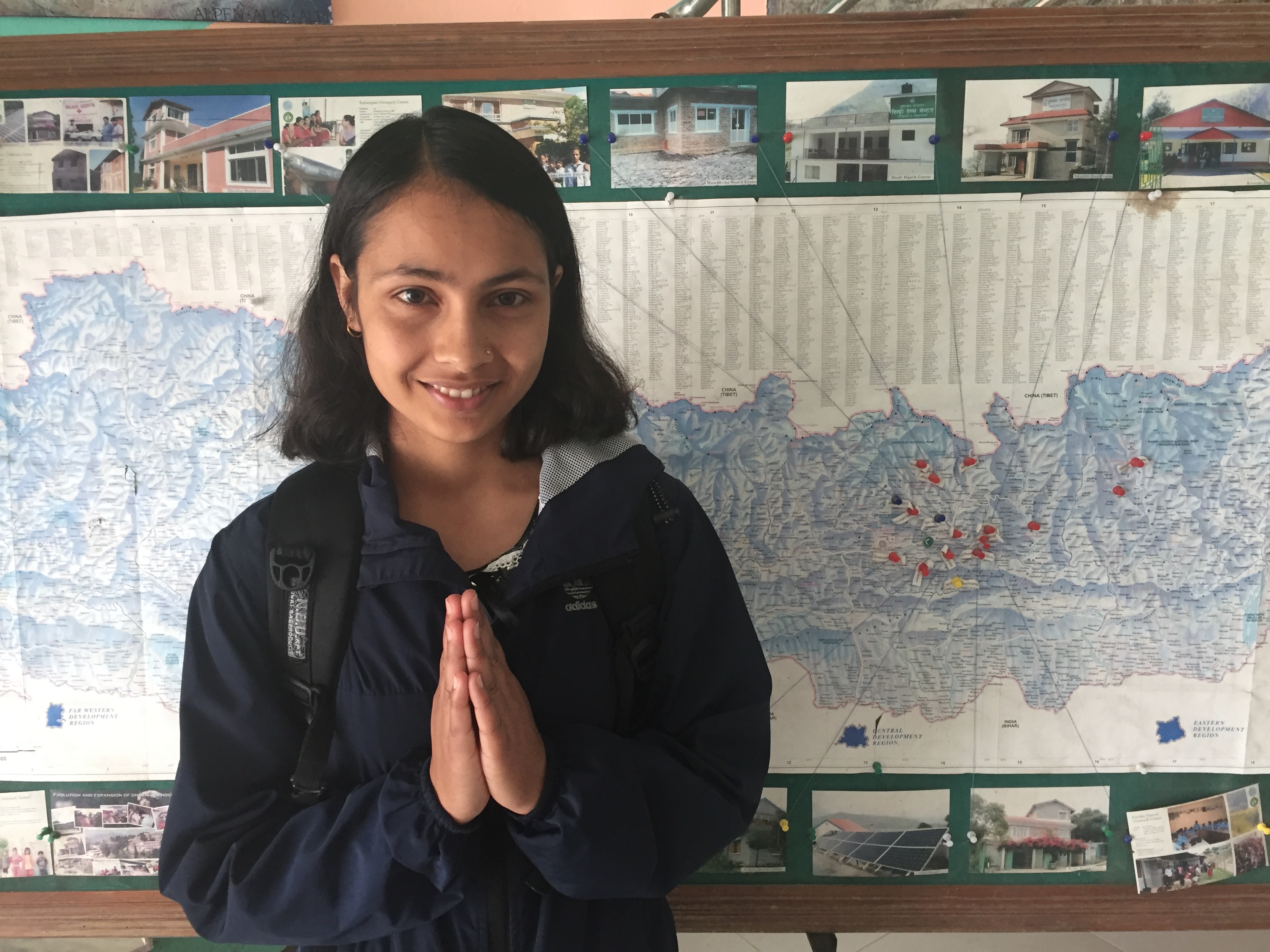 Muna: “After the death of my father, we had financial problems. Then, I heard about LSF. Without LSF, I was about to drop out of the school. After graduating, I wanted to be a physician. Due to financial scarcity, my dream was about to get shattered, but then the HEOF came into my life. I am now studying for a Bachelors of Physiotheraphy.” 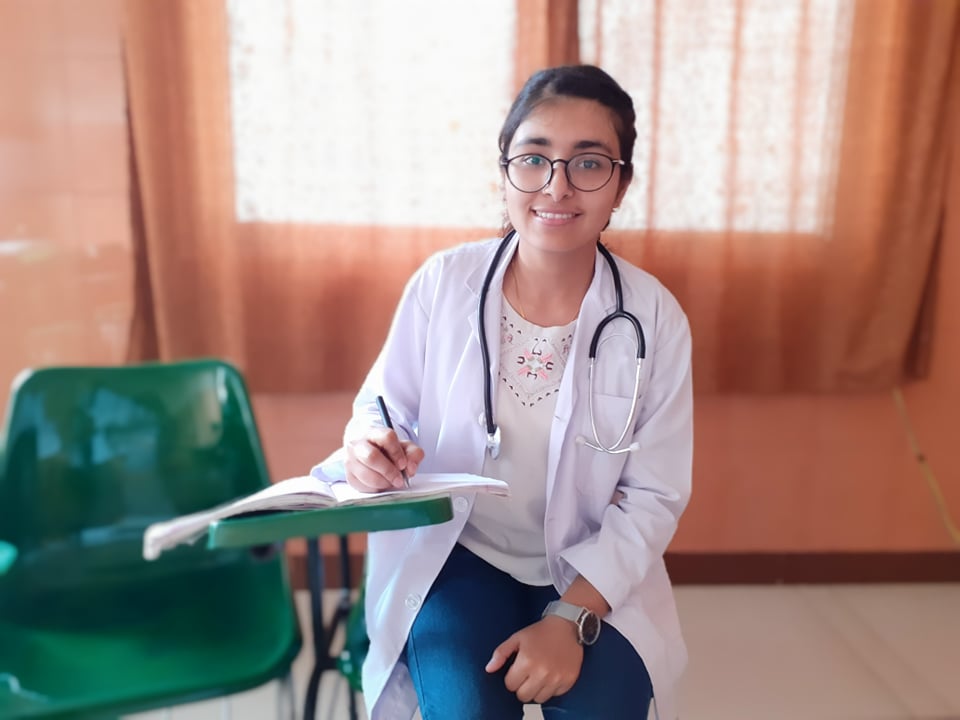 Suja: “When I was in 3rd grade, my education was at risk due to some financial issues and LSF supported me. I went on to study Medicine. Unfortunately, during medical school my parents had an accident and we lost my father. After the accident, it became very challenging for my mother to pay for school. Luckily, I again received financial support from LSF. With the Higher Education Opportunity Fund, I was able to continue studying to obtain my medical degree. I am so lucky.” 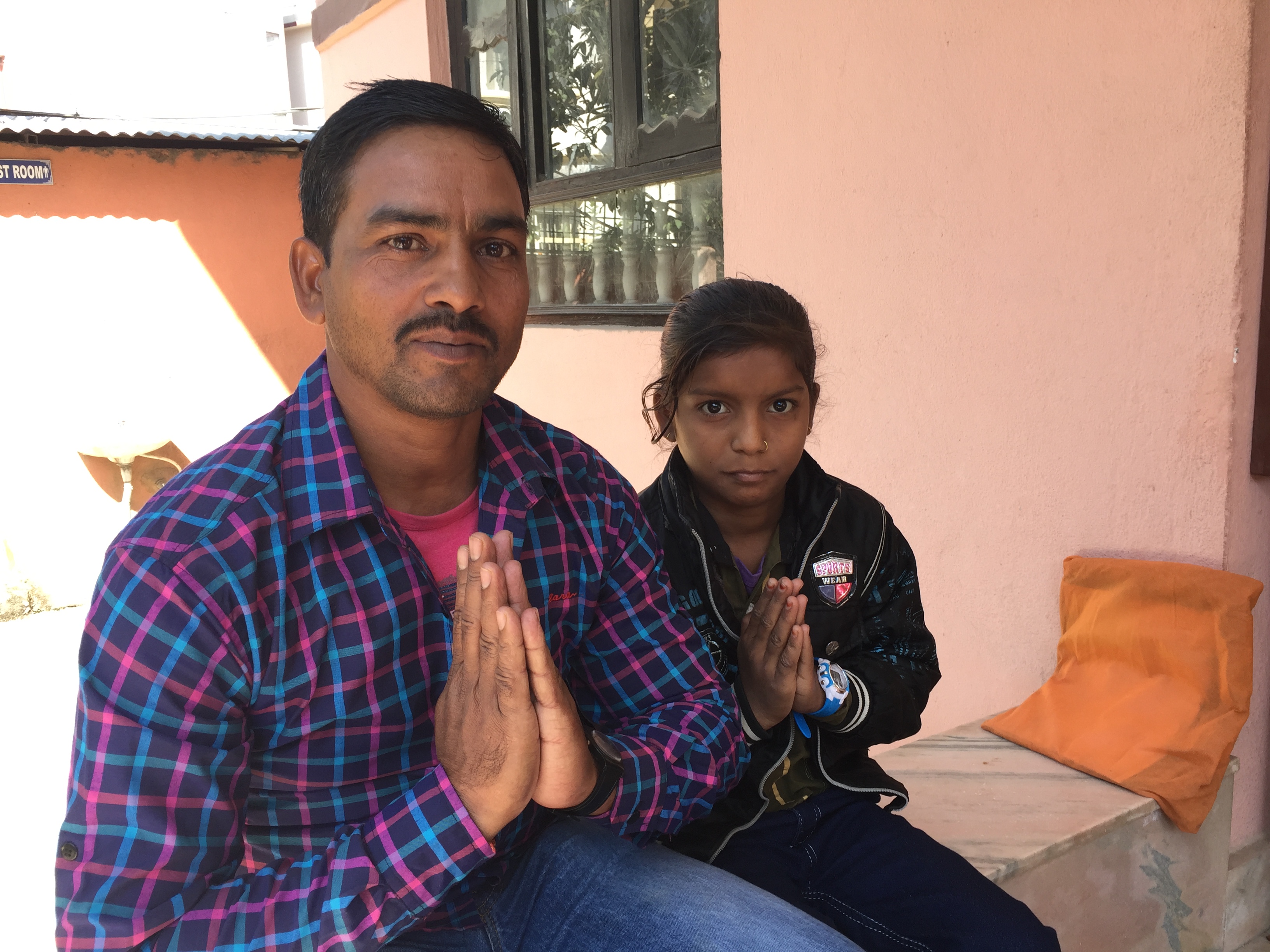 Nisha: “With the HEOF, I am obtaining my Bachelor’s degree. This small step has brought big changes in my life. Before, my life was really challenging. We had to struggle for basic needs and sometimes slept with an empty stomach. After finding LSF, my family’s economic condition has improved. No matter how much I thank LSF, it’s not enough.”

There was only my father to take care of me, but due to the social customs of my village my father was compelled for another marriage. My step-mom never loved me. I was treated as a servant of the house. Grazing the animals and cutting the grass was my daily routine. My father changed into a type of devil. Pain and sorrow started filling my heart. So I learnt hate more than love. I lived this way for seven years.

Read Akina’s Story in Her Own Words 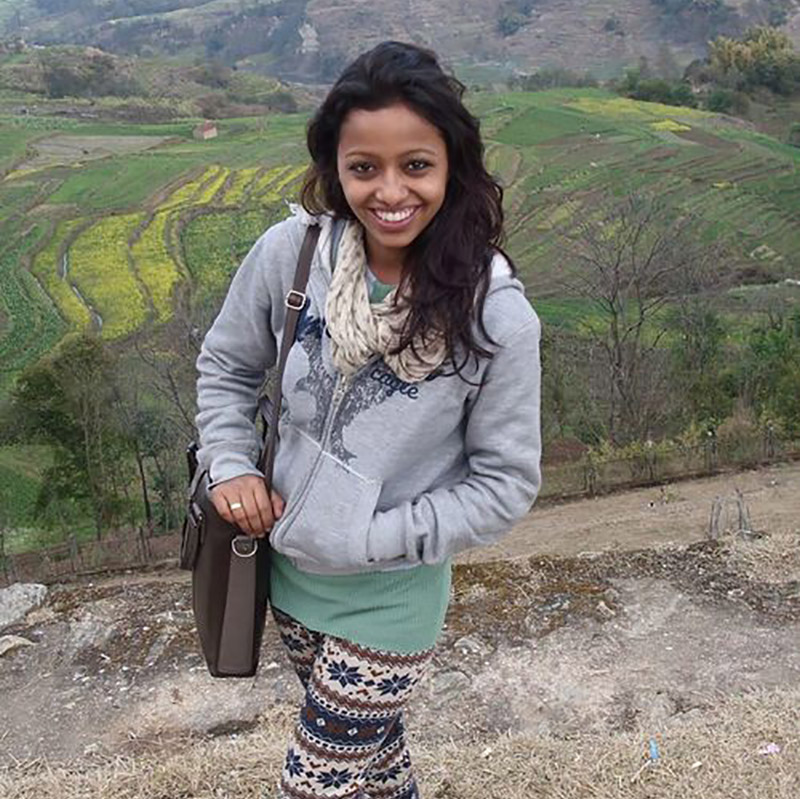 Pushpa completed her bachelor’s degree in the science faculty and is now pursuing a master’s degree in Psychology. She serves as a School Coordinator and played an integral role in preventing the imminent trafficking of a Little Sister in June 2014. She recounts the story: “I got a call from the girls’ group leader, who informed me that Salina had been absent for many days. After hearing this, I phoned the parents, but the stepmother informed me that they had been sending Salina to school.” It turned out that a trafficking agent had been regularly enticing Salina and she was about to get on a bus that evening. Her case was discovered just in time, and since then Pushpa has been providing high-touch counseling to Salina and her parents, to make sure she stays safe. 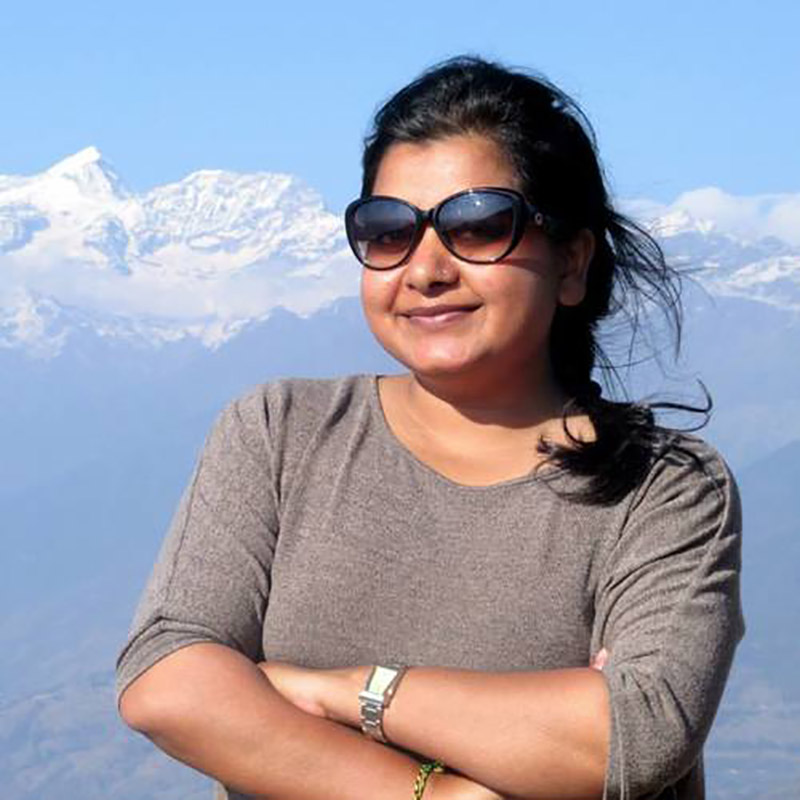 After graduating from Little Sisters Fund, Babita completed her bachelor’s in Development Studies and recently completed two years as a Teach for Nepal Fellow in a rural village. Babita herself grew up in a “poor and barely literate family” before moving to Kathmandu.  “The conditions in the village schools are very different from the conditions in Kathmandu,” she said. “Many of the students I taught had to work in the fields before and after school. The work was very challenging, but I did my best to motivate my fellow teachers and my students, and show them the power of education. If the journey of 1,000 miles starts with a single step, I wanted to take my first step to bridge the inequality between government and private schools.”  Now that she has completed her fellowship with Teach for Nepal, Babita wants to study further and earn her master’s degree. 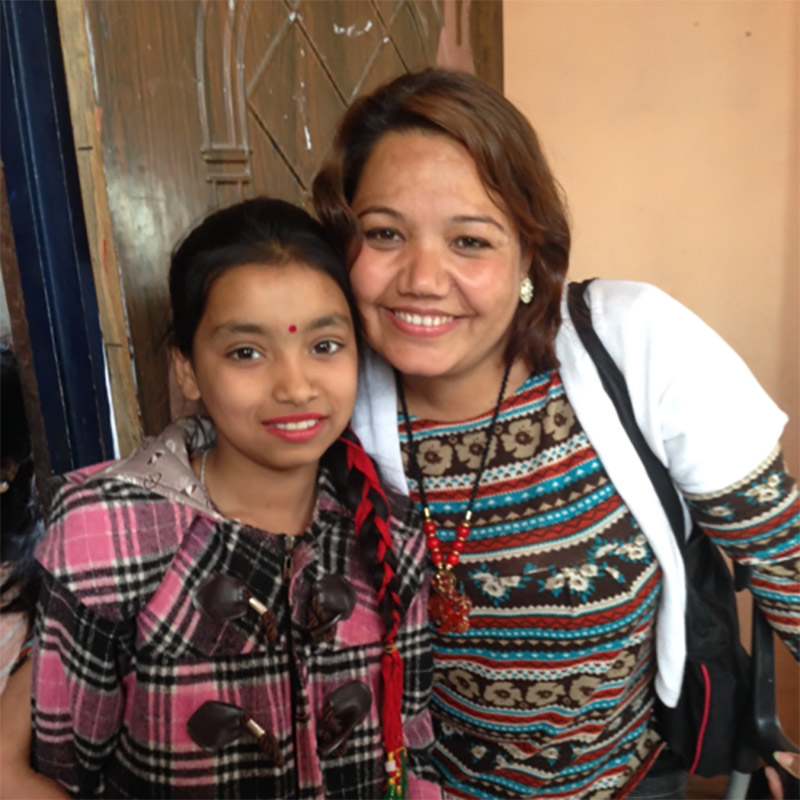 “Growing up in a poor family as a handicapped child and a girl, I almost had no hopes and dream in my childhood. My destiny was to live hidden away in my parent’s house as a burden and shame to the family members.”

LSF graduate Sharda battled to complete her education despite polio, stigma, and friends kidnapped in front of her during civil war. Today, she works for Save the Children and has a family and daughter of her own.

“Today I am an educated person.  I work and I am self-dependent. I have a smile in my face. I can prove and show to those who were opposing to send me to school that education is the only thing that makes life better.”

Read Sharda's story in her own words

When I was doing my 10th grade I got married to an orphan boy from the same caste of the same area. I came to Kathmandu following my husband who was preparing to take the test for the lowest position in the military. I started working as a cleaning lady for our living. To be admitted in the 11th grade was a distant dream for me. Right at this time I met Usha Didi. She encouraged me and helped me to join the 11th grade. I joined Padma Kanya College and did my 11th and 12th grade through the support of the LSF program in Nepal, became a mother of a girl while doing the job of cleaning lady at the same time. I worked hard. There were days when I used to get frustrated with the life. Usha Didi and the other program staff were there to help me and boost me up. The program gave me the opportunity to change my life. Now I am a supervisor in the program helping the Little Sisters of the School Scholarship Program and working as a teacher.